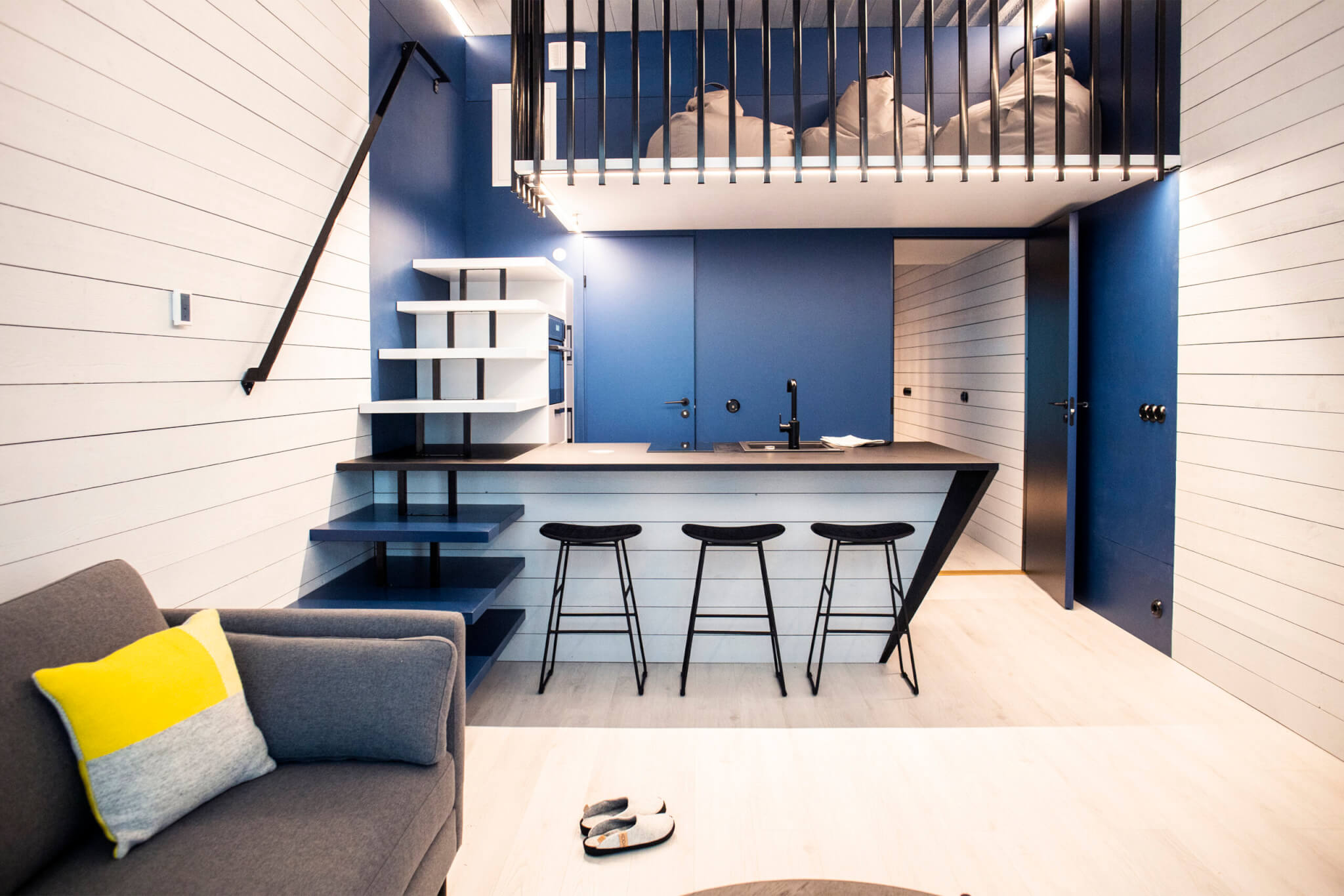 Be inspired by our Dutch customer Shakira – she passionately describes her journey to a smaller CO2 footprint and realising her dreams with a KODA home in an exclusive Interview for Casco Magazine.

In the article, Shakira talks about reasons why she chose the KODA, how the process and cooperation with Kodasema worked. She also talks about the budgeting, which stayed as agreed on the Sales Agreement, and gives any future house buyers and installers a handy tip that good communication with future neighbours is important when installing or building a new house.

You lived in a nice apartment in Amsterdam. What made you decide for a tiny house in Almere?

The reason was the increasing housing shortage. I had almost a hundred square metres to myself and realised that I mainly used the couch and the bed. There were areas in my house that I barely entered. I thought that was too crazy for words, what could I do with it? If I left, a whole family could move into my apartment. I also wanted to reduce my footprint and reduce my mortgage payments. On real estate selling site Funda, I searched for ‘small’ and ‘new’ and that’s how I came across Oosterwold in Almere. I used to not want to be found dead in Almere; now it’s going to happen, because I never want to leave here. Sometimes I even get emotional because I find the forests and parks so endlessly beautiful.

Why did you choose a ready-made tiny house?

Once I knew I wanted to live in Oosterwold, a real estate agent sent me there in the rain and cold, to make sure I really wanted it. There was still very little there at that time. Still, just as excited, I came back. Then the search for a house began. Among other things, I went to see the tiny houses in Almere Poort to gain inspiration. At first I had my eye on the tiny house in the shape of an A with a roof to the floor, but because I wanted to hang art on the wall and to be able to place a bookcase, I had to look for a house with straight walls. There was also a tiny house by Kodasema (Estonia) at Almere Poort. And it was beautiful! When I heard that the model  was also available in an extended version, I knew: this had to be it. Olav from Wonen in Hout is the importer of Kodasema in the Netherlands. He helped me with a lot of the arrangements, he’s a champion. Among other things, I was able to “test-sleep” in a Kodasema tiny house in Estonia. And seriously: when I got in there I cried because I was so happy that what I wanted – really existed!

Did the Estonia-Netherlands distance have any drawbacks?

Well, my son did say: ‘Mama, are you crazy, who says they’re actually going to build and transport that house for you if you’ve made the down payment?’ But Kodasema means ‘safe as in the womb’,  a Buddhist thought. That seemed reliable to me. And the contact during my stay in Estonia felt familiar. Of course I could always contact importer Olaf. I really didn’t hesitate for a second and in the end: my disappointment remained at zero percent. I don’t own any shares in Kodasema, but my house is a model home for other interested parties.

What were your wishes in terms of materials, surface area and layout?

I wanted a wood construction, not concrete or aluminium. These are the three materials you can choose from at Kodasema

You can also opt for blue or black, slats or plates, wood or aluminium for the interior. I chose blue, slats and wood.

How did you proceed with regard to the ground?

I first wanted to participate in a project for twelve tiny houses. But during the process more and more people dropped out and in the end we were left with three households. The three of us then decided to buy a lot and split it up. That went and is going very well, because we have quite the same ideals and ideas. You all have a bit of the same view of the world in Oosterwold, otherwise you won’t live here. We also came up with our street name together. That has become the Ban Zhaoweg. Ban Zhao is the first known Chinese philosopher. We wanted a woman’s name because only seven percent of all street names refer to a woman.

How was it half-way through?

The construction of my tiny house was done in no time, it only took four months. But then the house had to wait in Estonia for another six months because the Almere municipality did not release the permits. This was partly due to the fact that my house had to be secured. In the end that happened. And during those violent storms in early 2022, I could kiss the officials involved: the solar panels flew through the air, but my house remained standing!

Were you able to stay within budget?

Yes, there was no additional work at all. I did not want connections for the microwave and dishwasher. And despite the fact that there was three years between the quotation and the delivery and in the meantime the prices of materials have risen considerably, the invoice was not a cent higher than the quotation.

Did you ever grow tired of the process?

Oh, regularly. While waiting for the permits, the connections (I lived here for 6 months without water and electricity) and the construction of the road. Furthermore, I was obliged to build a fire corner on the side of my neighbours while my facade is fireproof.

How did the end result turn out?

I live in a lovely wooden house with straight walls for art and books , a terraced house without direct neighbours. And it’s not a container. So I am very satisfied, also with the solidarity in the neighbourhood.

What would you do differently next time?

I have a UV filter on triple glass. That is nice in terms of privacy, but plants do not survive inside because the sunlight is blocked so well. In itself it is very nice that my house stays cool so well, but if you want everything green and sustainable, it is not really nice to have to buy fake plants instead of live ones. I would also very much like to have a hall.

What was the best moment during the whole process?

That my house finally arrived at its destination. The funny thing is that the house was accidentally placed the wrong way round, but afterwards I’m happy with that. Now my living room is on the street side.

What advice do you have for future homebuilders?

Keep going! Despite all the setbacks that you will have to endure, it is especially very cool to build yourself. This is what an experienced expert said to me in the beginning and I have always remembered it. And make sure you communicate well and clearly with your neighbours from the start. Let others know what you are planning and keep each other informed. And let me know if you don’t like something. Create a group app and inform each other. Take care of each other and help each other.

Read the original article in Casco Magazine in Dutch here ->>>

Kodasema is raising new capital for a significant scale-up

A more affordable KODA Economy series in 2023 – your thoughts?

Who’s responding to all your KODA sales enquiries?

KODA as a place for ART

Kodasema participated at the GoGlobal Awards 2022

Kodasema at Proptech Hamburg: "5 reasons why…"

KODA Christmas Sale!
Get a discount up to 9500€

GET AN OFFER NOW
use code: KODA4ME
Read more